The Italian Society of Hair Science and Restoration has been established. As a non-profit Scientific Medical Association with no political association. Whose purpose is to establish Trichology as a Scientific Branch in the Medical field. As well as in the field of Humanistic Culture. This congree is the largest European Association of Trichology for instance.

Scharf isnstruments sponsored  42 Sitri Conference in  venezia. We are thankful to all participants in congress.

On April 17th, surrounded by the spectacular scenery of the city of Florence. It’s on one of the most beautiful spring days. The Italian Society for Hair Science (Società Italiana di Tricologia or Sitri) celebrated its 20th anniversary.

In honor of this special occasion, two days weekend event was held beginning on Saturday, The event kicked off with a guided tour of the Uffizi Gallery.  Vasari Corridor. Certainly, two of the most important museums in the world. That evening, the celebration continued with a Gala Dinner.  Where important exchanges were made. Where awards we given in recognition of progress made in the field. By many of the illustrious colleagues present. The close-knit founding members of the Society concluded. The evening gathered around the cake in an intimate moment at the nucleus of a group. That has always worked together towards the same goal.

It was founded in 1996 as a scientific, apolitical and non-profit organization. Whose goal was to see that Trichology be considered a Scientific Branch of Polispecialist Medicine. As well as, in more general sense.

Sitri as an organization has grown in recent years. It has promoting scientific and formative research. Confirmation of the Society’s development was acknowledged by the numerous attendees of this conference. A basic for pride and satisfaction for the Society’s founding members. After 20 years of work and dedication. Moreover,  among the 250 attendees were doctors, biologists, researchers, pharmacists and trichologists. Many of them illustrious colleagues who came from all over the world.

Opening Sunday’s conference were Dr. Daniele Campo and Dr. Vincenzo Gambino who spoke of the history of Trichology. The evolution of hair restoration in the new millennium. In speaking of the history of Sitri. They also paid homage to Dr. Andrea Marliani. As the founding president, to the founding members. To all who have contributed to the growth of the Society since its birth in 1996.

The day was divided into various themes

Firstly, Dr. Tesauro drew attention to the existence of an expiration date of a hair transplant. In conclusion, an aspect that is rarely discussed. Identified as a possible solution was the creation of a network of professional hair restoration surgeons and dermatologists.

Who would gather together to work towards the same objective: to satisfy the patient and maintain long term results. To establish this project, it would be necessary to work on communication. Amongst colleagues and to make the approach towards the patient uniform. Avoiding solutions that are not farsighted. Only in this way can we best combat the present day. Illegitimate market that aggressively proposes a transplant as the only definite solution.

In Other Details of Conference,

Dr. Yagyu illustrated his high-density transplant experience in cases of secondary scarring alopecia explaining. The existing relationship between tropism of the scarred tissue and the choice of the density of the implant. In his experience, some cases were able to be resolved in just one session. Where as other cases required more prudently scheduled sessions of repeated auto-transplantation.

After that, Dr. Saifi underlined the importance of deciding per case which surgical strategy. It was most appropriate among the wide range of available choices. Thereby giving responsibility also to the patient so that the expectations can be realistic.

The innovations in the field of surgery was exhibited by Dr. Farjo. Who presented the Fue “robotic” auto-transplant with the aid of a surprising video. He described the ARTAS system. It’s advantages and its new capacity as an instrument to be used during the phase of inserting follicular units.

However, an interesting presentation was given by Dr. Fiorella Bini. Who spoke of LED photobiostimulation bringing to light the molecular mechanism that would render. In fact, this therapy effective in the trichology field during the treatment of:

Following this presentation, Dr. Soresina described with great balance. Precision the role of AGA. Beginning with specific bibliographic research, Dr. Soresina compared the information with the results of clinical cases. Above all, highlighting the encouraging results of this therapy in the improvement of the calibre and quality hairs.

This part of presentation was opened by Dr. Marcella Guarrera. Esteemed, Italian researcher who together with Prof. Alfredo Rebora. Described for the first time in 2002 a new phase of the follicular cycle. The Kenogen for the conference. She chose to highlight the differences between another two phases of the pilaris cycle. The telogen and the exogen. thereby widening the understanding of a common pathology.

Most importantly, echoing Dr. Guarrera was Dr. Paolo Gigli. Who listed for us the clinical characteristics and epidemiology of this pathology. Together with the criteria for the diagnosis and subsequent therapy. In conclusion, you can find below contact details. 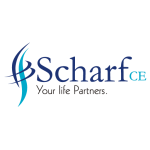